In « Serious Smile » four musicians are equipped with sensors, that capture their movement and let them shape the electronics and processing in real time. After several solo pieces involving motion detection this works tries to examine the interplay between augmented musicians. Musically it departs from the sort of hardcore / free jazz aesthetic per sued in several previous pieces – but moves the material and interaction in a slightly different direction. While the focus in the approaches was an acoustical extension and merging of the acoustic instrument, « Serious Smile » draws the attention to the artificial and inhuman qualities of electronics and technical interaction. It also plays with mechanical and digital forms of representations. Both performance codes and used musical material can be considered as highly digital. 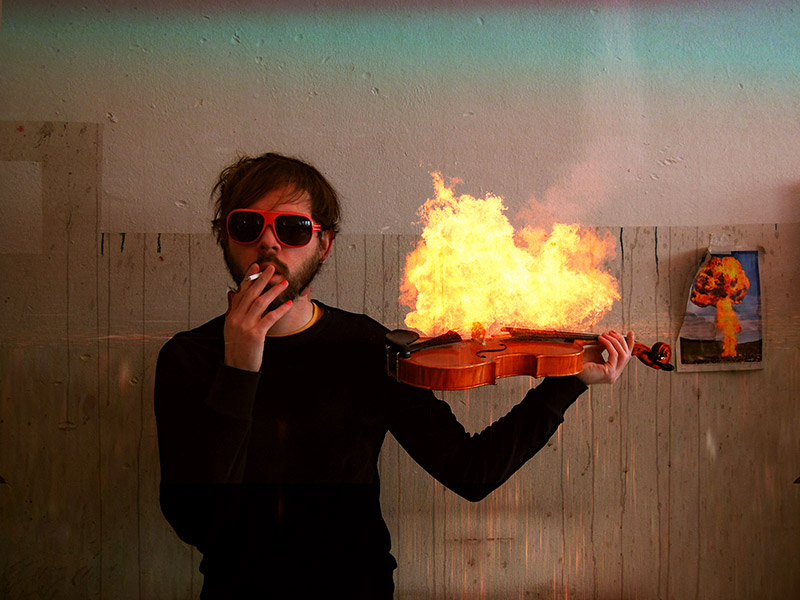